Above: Example of an 1843 slave pass for a Mr. Benjamin McDaniel

When analyzing contemporary socio-economic and political issues, it is important to address the histories that shape mainstream national ideologies.  Once adopted, these histories highly influence policies relevant to the nation as a whole. Thus, within this blog series as part of my internship with the University of Texas and Grassroots Leadership, I will highlight some of the often ignored historical influences that have guided popular national perceptions of immigration. With that, I will also analyze how these historical methods have shaped immigration policy and how they are utilized by politicians and corporations to lobby for and justify the privatization of for-profit detention facilities that house thousands of migrants today. What follows is the first part in this series.

Here I will provide a historical context through which one may better understand and analyze the various technologies and conceptions utilized during colonial American slavery to maintain a race based power differential still existent today. With that I will delineate how those same conceptions and technologies have developed over time into present day America and later, how those have been employed in the large-scale oppression of migrant peoples and its justifications.

Initially one may consider the relationship between the colonial American slavers and their “property” of slaves whose agency required limiting in order to maintain a system of fear and violence. Much of this first blog will delve into the work of both Professor Simone Browne on “Race and Surveillance” in Routledge Handbook of Surveillance Studies and of Christian Parenti in his 2003 book, The Soft Cage: Surveillance in America from Slavery to the War on Terror. Early on Parenti states, “…the master class was forced to develop not just methods of terror but also a haphazard system of identification and surveillance. The result was in many ways the earliest imprint of modern everyday surveillance.”

Many often forget to consider the vastly creative ways in which slaves in colonial America resisted their oppression from every-day forms, to rebellion, as well as elaborate plans to escape to freedom. Because escape threatened both the masters’ presumed power and the economic benefits of slave productivity, both agency and mobility became primary threats to the maintenance of this power differential. Parenti states, “Mobility was the currency system of resistance, and the planter class therefore sought to regulate it tightly,” (Parenti 16).

Thus, slave patrols became a major way in which whites could limit and control the movement of Black slaves. With this came the creation of the “slave pass” as a form of identification. As both Parenti and Browne illustrate, many slaves both literate and illiterate, being aware of the true illiteracy of most slave patrollers, could easily falsify these passes. Parenti states, “The pass and the racially defined contours of (white) literacy and (Black) illiteracy upon which it relied, acted as the slaveocracy’s information technology and infrastructure of routine surveillance,” (Parenti 18). This dichotomy, as ironic as it is, is further delineated when Parenti later indicates, “Literate African Americans could resist with the very tools of white oppression; they could in effect bend the political technology of literacy back upon itself. No wonder ignorance was enforced by laws prohibiting the education of slaves,” (Parenti 20).

These forms of resistance led to the development of more innovative and standardized technologies of surveillance and identification. Parenti points out how escaped slaves often dispersed into more densely populated communities. This is similarly reflected in recent studies on immigrant population dispersion into large cities in the U.S. Parenti states, “In the big towns the escapee survived much like the undocumented immigrant today, hated and hunted by white society but also useful to small craftsmen and other employers who hired their labor at submarket wages,” (Parenti 26).

Browne’s chapter, Race and Surveillance highlights the concept of “racializing surveillance” in which she argues that racializing surveillance, “…suggests that how things get ordered racially…most often upholds ‘Othering’ practices…” These othering practices can be understood through the ways in which whiteness is culturally understood to be deemed normative (and therefore advantageous) wherein deviation from that is ‘othered.’” She later indicates the use of wanted posters and slave ads in newspapers giving detailed descriptions of escaped slaves and states, “In detailing physical descriptions, the surveillance technology of the fugitive slave advertisement made the already hypervisible racial subject legible as ‘out of place,’” (Browne 73).

This practice of identifying “others” is also articulated in the appearance of Rogues’ Galleries, spaces in which middle class whites could enter to find a plethora of pictures of repeat offenders and other criminals. Parenti argues that these practices, “…also helped to construct ‘insider’ and ‘outsider’ identities and in effect recruit rank-and-file citizens into the state’s project of surveillance and control.” (Parenti 39)

Newspapers of the time specifically utilized the term “insider” as a way of creating a normative-other dichotomy that whites, given the opportunity, would hope to embody with the “insider” label. With this, I argue that this dichotomy helped to shape the consciousness of white America by teaching whites to internalize both their normative standpoint and their role in surveilling those deemed “others.” This means that to be an “insider” one would be required to be an agent of surveillance and to be able to easily identify “others.” Because this was constructed through oppressive means (in this case slavery) the main identifiers of otherness were drawn from racially defined characteristics. 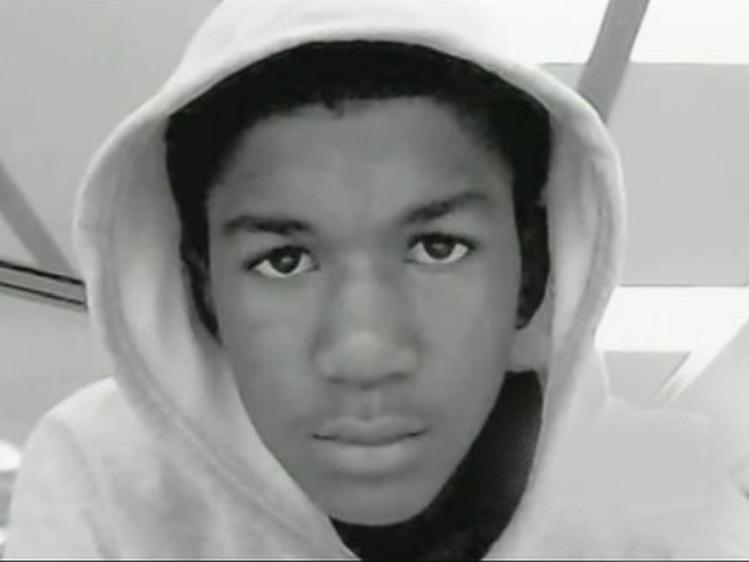 I’d say that this dichotomy of “insider” “outsider” is still very prevalent in contemporary America and that the notions surrounding who belongs where, and at what times, places, and spaces these distinctions are drawn from, are continuously influenced by racial classifications. With the notions of belonging and “out of place” come other systems of identification which rely on both racial assumptions and fears surrounding the racial identity of “others.” A good example of this would be the case of young Trayvon Martin who, in a middle class neighborhood, appeared “out of place” to a white civilian who felt it was his duty to take action and as a result Trayvon lost his life. These identifiers surrounding race, space and place, along with racialized assumptions (in this case) about black masculinity and criminality have devastating effects on Americans’ consciousness and the ways in which Americans perceive difference and threat, originating from slavery-induced technologies of surveillance.

In my next blog I will articulate how these technologies of surveillance led to the origination of the U.S. Census and how these previously articulated ideologies surrounding race, place and space later influenced immigration documentation and policy to the exclusion of Chinese immigrants, subsequently impacting and restricting Latino populations as well.